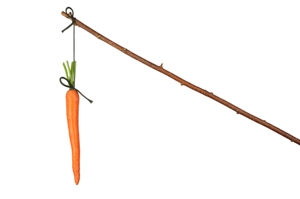 Tony Montana: Me, I want what’s coming to me.

Tony Montana: The world, chico, and everything in it. — (excerpt from the movie Scarface)

During the height of the U.S. economic collapse in 2008, when the Richard Fulds of the financial sector were busy cashing in the bulk of their embezzled casino chips, the housing market and equity markets were coming unglued by a predictable combination of rapacious opportunists and mounting private debt. Without sufficient monetary policies and credit regulation, “survival of the richest” became de rigueur, and complex financial tools were used to keep the flames burning in a hot-air bubble of fiscal temerity.

Garrett Hardin, an American ecologist, warned about the problems of excessive human consumption and overpopulation in a paper entitled The Tragedy of the Commons (written for a scientific journal in 1968). The basic premise of his article outlined the negative consequences and environmental impacts of excessively self-interested behavior. Of course, this pathology of egotism will eventually and ironically effect those who are dogmatically self-interested in multifarious ways. Even more disconcerting is the increasing trend of unmitigated greed, in lieu of limited resources, that often results in psychological projection against the least empowered segments of society.

Incentives shouldn’t be the only reason why people are motivated to do something, but they can be a necessary and understandable reason. Intrinsically ethical behavior shouldn’t have to be incentivized, but sometimes a fringe benefit is provided for the compensation of time, and it never hurts to reinforce good behavior. However, when incentives are unethical, the motivation for doing something inevitably becomes unsustainable in the long run. Misguided incentives can foster self-centered behavior that will backfire when a critical mass effect has been achieved, and the justifications for such behavior are often perpetuated by compartmentalization, denial, and the visceral pleasures of undiluted avarice.

Cultural values can be captivating, and the collective influence on motivating the pursuit of those values is impossible to appraise on an individual level. Humans generally want to flourish in culturally constructed spheres that procure acceptance with collateral social ranking. Status symbols can substitute for virtue, and the implications of seeking self-indulgent incentives may engender an “all pomp and no circumstance” charisma that is both interpersonally dangerous and imprudently unrealistic (i.e., Ryan Jenkins).

One thought on “Manufactured Impetus”