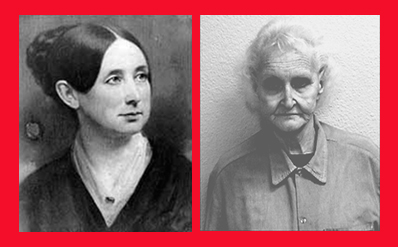 It’s not too difficult to understand how cultural values influence and reinforce personal values. In America, a top-down approach to formulating values is driven by solipsistic avarice, inequitable wealth, and the insatiable demand for external validation as manifested through consumer materialism. The wrong incentives are conditioning a society towards relative indifference when it comes to the suffering of others—meanwhile, social and economic inequality ensues at unprecedented levels. Inconvenienced by having to admit that private-sector political interests and time-honored structural systems perpetuate disenfranchisement, a popular position is to blame the unfortunate for all of society’s transgressions while denying or ignoring the unsustainable nature of unmitigated greed. This is why the fundamental attribution error is absolutely fundamental to understanding how rationalization precipitates solution aversion.

In an earlier post entitled Can’t Get There From Here, I discussed how institutionalized systems of injustice encourage us to be complicit with the status quo by internalizing imbalances of power. Likewise, imbalances of power are a one-way street designed to maintain undisputed leverage for some at the expense of many others. For example, a recent paradigm in community mental healthcare involves fee-for-service commodification of the clientele. When human flourishing is reduced to high-volume billable services, the incentive for establishing social welfare is usurped by a competitive motivation for profit. Similarly, if a client’s eligibility to receive treatment services and community resources is based on their reimbursement potential via subsidized revenue and insurance benefits, it becomes easier to think of people as interchangeable assets or financial liabilities. This motif extends to employees when corporate interests reduce the value of workers to fixed or variable costs. The distance from being indispensable to becoming disposable seems to be diminishing with unregulated intensity given today’s cultural milieu.

When it comes to the spectrum of compassion versus the spectrum of inhumanity, two women with diverse interpersonal “styles” immediately come to mind. One woman was an advocate for humanitarianism; the other was a purveyor of short-terms gains, dehumanization, and annihilation. Dorothea Dix was a renown United States activist who worked tirelessly to reform hospital conditions and treatment for the mentally ill during the nineteenth-century. Following the Civil War, Dix expanded her efforts even further to improve conditions for prisoners and the disabled while focusing on legislative campaigns to reduce suffering among indigent populations. Dorothea Puente, conversely, was a twentieth-century “caretaker” and boarding house manager in Northern California who murdered at least nine elderly and mental health residents from 1982 until 1988. Puente had a peculiar talent for cashing the Social Security checks of her victims shortly after burying these unlucky guests in her backyard.

Efforts to establish a global civil society seem futile when provincial, regional, and national sentiments are reduced to pathological self-interest. Even worse, fabricating compassion to achieve monetary interests only magnifies the loathsome commonality of duplicitous agendas. If the moral trajectory of society resembles anything like its current state of unsustainable affairs, it won’t be long before rank-and-file citizens become surrogate apologists for humanicide. 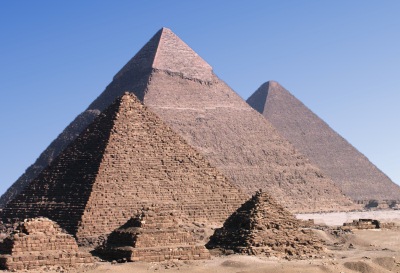 The end may justify the means, as long as there is something that justifies the end. — Leon Trotsky

In the United States, with its Procrustean treatment of the impecunious by factions of an increasingly inaccessible plutocracy, economic inequality and wage stagnation continue to plague society as unreasonable compromise has steadily morphed into embittered desperation. Social mobility appears to be an antiquated term of a bygone era, and the desire for survival is swiftly replacing concepts like employee satisfaction and work/life balance. In addition, possibilities for self-actualization through fulfilling occupational pursuits are confronted by the realities of relentless exploitation and commodification in an increasingly dehumanized workforce. However, for those who are far below the baseline, mentally ill, or chronically unemployed, the prognosis is even worse.

The psychologist Abraham Maslow is best known for introducing the hierarchy of human needs scale (represented as a pyramid). The scale logically illustrates that well-being must be established by addressing fundamental physiological needs before optimum flourishing at higher levels can be achieved. Incidentally, Maslow didn’t recommend a hierarchy-based oligarchy to accomplish what should be obvious prerequisites for augmenting individual and social prosperity.

In the former DSM-IV-TR (APA manual for clinical diagnosis), psychosocial stressors (e.g., occupational, economic, legal, housing, and interpersonal) were classified in a category known descriptively as Axis IV. The updated DSM-5 simply refers to such situational quagmires as “significant psychosocial and contextual features.” As a therapist who has worked with a significant community mental health population, I’ve noticed the overwhelming extent to which psychosocial predicaments either create a mental health crisis or exacerbate existing mental health problems. In fact, I would submit that a majority of diagnostic assessments in community mental health environments unnecessarily pathologize long-term dispossession. It’s not that these clients don’t need therapy for mental health issues, it’s just that more substantial needs (i.e., food, shelter, transportation, and employment) are understandably predominant. Even an accessible therapeutic modality like Motivational Interviewing can appear abstractly inscrutable when working with a client who is homeless and hasn’t eaten in three days. Psychotherapy might be viewed as a non-essential luxury for those who encounter extreme adversity. A baseline of stability must precede therapeutic processing ability, and access to resources is critically necessary—even though it’s not sufficient—when confronting mental health concerns. Nevertheless, there are clients who do require immediate symptom reduction and behavior management before pursuing the path of resource acquisition—especially if mental health problems are determined to be the initial cause of destitution. Overall, restoration through a synchronicity of therapeutic support and resource allocation will be possible only if public sector efficiency and sustainable mental healthcare become a national priority. Regarding the current state of social services, both employees and clients are being asked to do more with less.

Learned helplessness naturally follows from years of enduring social and economic inequality, and systems of injustice teach us to be complicit with economies of scarcity through internalizing imbalances of power. Platitudes of self-efficacy, such as “pull yourself up by your bootstraps,” only make sense if you have access to boots. Despite stereotypes aimed at the impoverished, most people desire a sense of meaning, value, connectivity, and purpose in their daily lives.

When pyramid schemes hijack a society’s pyramid of needs, we abjectly witness how most pyramids are built on the backs of slaves.

Our lives begin to end the day we become silent about things that matter. — Martin Luther King, Jr.

As a therapist, I’ve noticed that situations and their associations often lead people to construct powerful rationalizations. The ways in which an individual can compartmentalize consequential behavior provides strong evidence for the premise that patterns of interaction are deeply entrenched and sustained by subconscious justifications.

Dr. Carl Hart, an associate professor of psychology at Columbia University, has completed several comprehensive studies regarding the development and continuation of the craving response in addictive behavior. In addition, Hart has written a book entitled High Price that explores the author’s personal observations and experiences with social and economic disenfranchisement as an impetus for addiction. Hart examines contemporary scientific data while challenging the notion that neurobiological effects of drugs alone are the primary motivation for ongoing use. For example, if an individual uses drugs as a reliable source of escapism and transitory pleasure in lieu of unpleasant realities, a subsequent emotional attachment for justifying continued use becomes psychologically embedded. In the classic Pavlovian sense, a cue for drug use may be the daily reminder of one’s socioeconomic status and a feeling of helplessness regarding an ability to achieve mobility. Likewise, the deprivation of resources, a lack of personal meaning, and a reduction of human connectivity can innervate feelings of desperation and unrestrained behavior (think of a Skinner box with no alternative reward levers). Enduring complex social problems with minimal occasions for life enjoyment may lead to excessive attempts to compensate for loss and despair while sculpting the neurological responses in a way that promotes emotional reactivity rather than feelings of empowerment and well-being. Hart states, “The key factor is the environment, whether you’re talking about humans or rats. The rats that keep pressing the lever for cocaine are the ones who are stressed out because they’ve been raised in solitary conditions and have no other options. But when you enrich their environment, and give them access to sweets and let them play with other rats, they stop pressing the lever.”

Meaningful distractions, productive sublimation, and substitute diversions can offset the seductive nature of substance use. Subsequently, the perceived need for ephemeral anodynes becomes less consuming when viable options are accessible to the individual. However, if you deny people meaningful social engagement, occupational and recreational fulfillment, or opportunities to increase feelings of self-worth, they may soon feel hopeless and succumb to learned helplessness. Instead of thinking of drug addiction as a cause of societal dysfunction, the inverse analysis obligates us to concede that addiction is more likely the product of a dysfunctional society. While it’s true that addiction perpetuates passivity and can certainly result in dire interpersonal ramifications, efforts to diminish social inequality while legitimizing the significance of life-affirming alternatives reinforces the possibility for durable transformation.